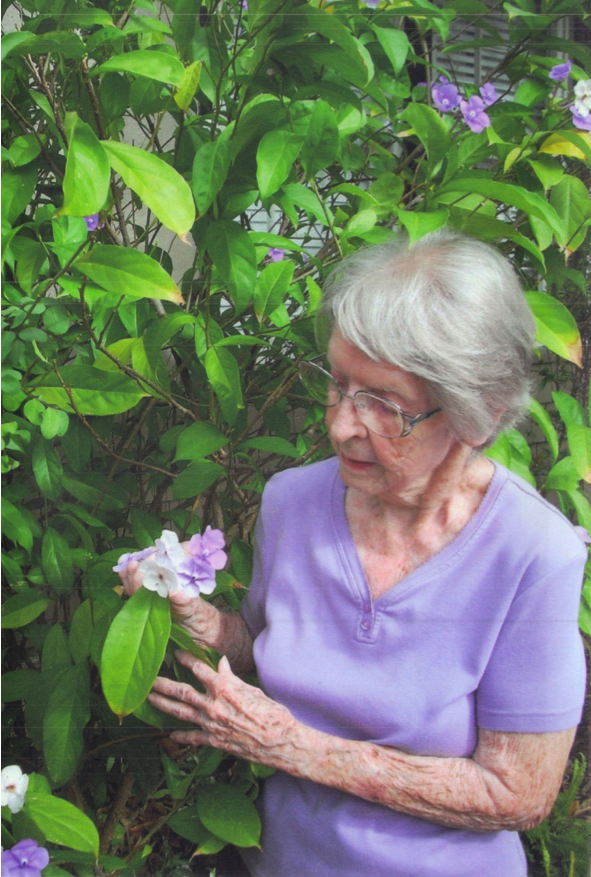 Merle Evanchyk never carried a child in her womb, felt a labor pain or nursed a newborn. Yet she is every bit a mother and not just because she has raised children – although she has done that. She also raised a grandchild.

Evanchyk is more widely appreciated for giving birth to a multidimensional baby – Florida’s epilepsy-support movement. This helping network lobbies for people with epilepsy and provides a multitude of services, from case management and medical services to public education and awareness about the disorder.

It all began simply as some desperate parents crowded around Evanchyk’s kitchen table in her Orlando home, seeking answers to a bunch of mysterious symptoms that threatened their children. ”There are a lot of mothers, and fathers too, who owe an awful lot to Merle Evanchyk,” said Charles Gray, an Orlando lawyer whose daughter has epilepsy. ”If ever there was a local Mother Teresa, she would be it.”

Evanchyk – a gray-haired woman who favors polyester prints and pearls, giggles a lot and swims in her spare time – didn’t set out to be dubbed the ”Mother of Florida’s Epilepsy Movement.” She just wanted to be a mother. But even that came unexpectedly. In 1947 she and husband Charles ”Chick” Evanchyk were living in Cincinnati when they got a call from a local orphanage where Merle was a volunteer. The orphanage had two babies – a 17-month-old boy and his 4-month-old sister – whose parents had abandoned them. The boy was extremely upset. Could the couple take the little ones home temporarily? ”But the minute you held them, you knew they were yours forever,” said Evanchyk. The couple adopted the babies and named them Larry and Linda. It wasn’t long before Evanchyk noticed something unsettling about her daughter. As a baby, Linda would sometimes stiffen in her mother’s arms. When she was older, she would run in from playing, plop on the couch, stick her thumb in her mouth, stare ahead and rock back and forth, oblivious. At school, teachers sent home notes; ”Linda’s disruptive. She misbehaves.” Doctors would say, ”Oh, kids do these kind of things.” Some recommended a psychiatrist.

Then, in 1960, Evanchyk awoke in the middle of the night to hear moaning and a loud thud. She ran into 13-year-old Linda’s room and found her on the floor, one side drawn up like a marionette’s. She was having a grand mal seizure. It took six months and six more grand mal seizures – one of at least 20 known types of epileptic seizures, characterized by loss of consciousness, stiffening of the body, violent jerking of limbs and irregular breathing – before Linda was diagnosed with epilepsy. Evanchyk blames the slow diagnosis on an uninformed pediatrician who missed symptoms and did not promptly refer her daughter to a specialist.

Evanchyk scoured the library for information on the disorder. She found none. She called the state health department for information. It couldn’t help, either. It took another six months before she read her first pamphlet on epilepsy, which said it was a disorder of the central nervous system in which neurons in the brain misfire to cause seizures. But there were still plenty of unanswered questions. ”I said to the doctors, ‘How will this affect her life? What about school?’ They said, ‘We don’t know. We can’t tell you.’ ”

Evanchyk contends there is more known about epilepsy nowadays because groups such as hers – Epilepsy Association of Central Florida – demand and fund research. There is no more powerful motivation, she said, than seeing your child unfairly labeled disruptive and deranged. ”I stress constantly that every child wants to please adults. And if they’re not, there’s some reason. We need to find out what it is, and we need to fix it.” Meanwhile, Linda was in danger of being kicked out of school because her seizures were considered disruptive behavior. (Eventually, she was.) Evanchyk passed on everything she learned about epilepsy to Orange County school officials, hoping to enlighten them. Instead, they sent other parents of students with epilepsy her way.

Thus began the kitchen “coffeeklatsches” that, in 1962, formally became meetings of the Epilepsy Association of Central Florida – chartered five years before the national movement united.

Evanchyk, worked as the Association’s Executive Director, headquartered in Orlando until 1992. Thousands of Central Floridians with epilepsy have passed through the doors since then seeking help diagnosing the disorder, handling seizures, monitoring medication, educating an employer, landing a job or finding a sympathetic shoulder.

Evanchyk is also credited with helping persuade state legislators to fund the Florida Epilepsy Services Program that still continues today. She found jobs for people with epilepsy through a contract with the former Orlando Naval Training Center commissary. And, in 1991 she helped persuade the Florida Legislature to approve a $5 surtax on all traffic fines for seat-belt and child-seat violations. That measure brings in nearly $1 million a year for a statewide education and prevention program on epilepsy. The education program is especially important to Evanchyk, because it is the ignorance about epilepsy that is more damaging than the disorder itself, she said.

”I guess the most graphic illustration I can give is that part of the Americans with Disabilities Act that says that transportation must be available,” she said. ”But there isn’t anything in that act that’s going to protect one of our clients who has a psychomotor seizure on a bus and (without knowing what she’s doing) starts taking her T-shirt off over her head. The bus driver’s going to stop, put her off the bus, and call the police. And the next time she stands on the corner and the bus driver sees her, he goes by her. That’s not a far-fetched thing; it has happened to our clients.”

More common, she said, is job discrimination by employers who don’t understand epilepsy – or don’t want to. ”I would hope that people wouldn’t be so afraid of this thing called epilepsy,” she said. ”And that we’d know how to deal with it more appropriately and that opportunities to participate in life would not be so limited by the diagnosis.” Evanchyk said her daughter tried to live life to the fullest, even bearing a healthy son in 1973. But Linda died seven years later, at age 33, in her sleep. The cause is unknown, but an autopsy revealed the source of Linda’s epilepsy – a small brain tumor that CAT scans had never found. Evanchyk and her husband raised Linda’s son, Charlie. After Linda’s death, Evanchyk continued to fight.

For Evanchyk, it’s been more like motherhood – equal parts pleasure and pain. ”It’s satisfying to know you’ve been a small part of the solution to some problems,” she said. ”But there’s so many things still unfinished. I find myself constantly thinking, ‘Oh, I wish I was younger and smarter.’ ”